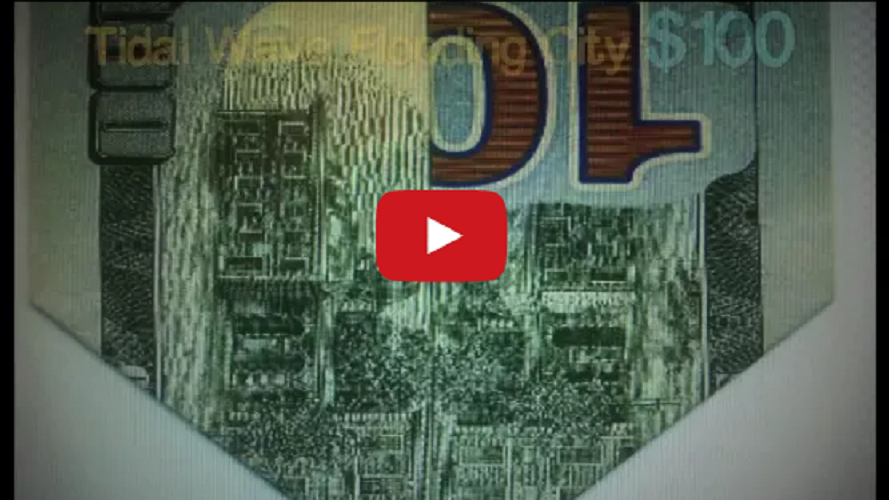 Hidden Messages In The New $100 Bill?

Video blogger Johnathan Kleck claims that there are hidden messages in the new $100 bill that warn of future nuclear devastation in the United States.

Back in 2002, it was exposed that when a $20 bill was folded in a certain way, it revealed images that resembled the 9/11 attacks. The story caused quite a stir at the time since the notes were issued three years before the incident in 1998.

Kleck goes on in the video below to reveal his new findings on the $100 bill. A chilling prophecy of future events with doomsday images.

Are they showing us our future hidden in the currency we struggle to obtain? Check it out and see what you believe. I have to admit, the similarities seem to be too much of a coincidence.