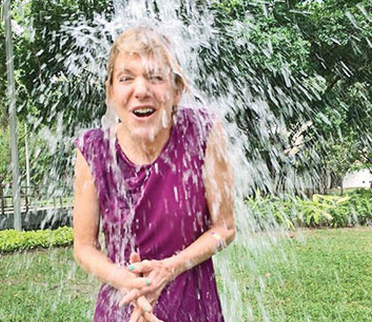 Ice Bucket Challenge Sends 87 Year Old Lady To Hospital In Critical Condition. Unless you have been living under a rock this last month, you know that the Ice Bucket Challenge spreading across the internet is all done to raise money for the research of Lou Gehrig’s Disease. But did you know that the cold water can cause heart attacks due to vasoconstriction, the narrowing of the blood vessels resulting from contraction of the muscular wall of the vessel. Dr. Brian O’Neill of the Detroit Medical Center says participants should proceed with caution. He told WWJ News Radio 950 being doused with freezing cold water can pose significant dangers. “What happens is, if it’s a longer duration or even a shorter intense duration, it sometimes can cause a vagal response. That happens when you breathe in and you bear down from the freezing cold water, and it slows your heart rate down,” Said O’Neill. 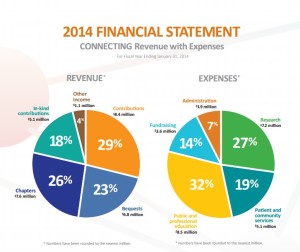 That’s exactly what happened to 87-year-old Martha Wynn who was recently reported to be in critical condition after being “called out” by her granddaughter to participate in an ice bucket challenge. The ice cold water sent her body into hypothermia, which sent her bodies core temperature lower than needed for metabolism. She is said to have only a 30% chance of living. O’Neill urges those who accept the Ice Bucket Challenge to be wise and cautious about it. “Be reasonable. I think the problem is that everyone is going to do it better, bigger and badder,” warns O’Neill. Doctors are asking people to take part in the “NO Ice Bucket Challenge”. They say you should just donate to ALS and skip the ice! But keep this in mind, only 27% of the money raised goes to ALS Research while $1.9 million a year goes to paying the salaries of people who work for ALSA  and $4 million dollars is spent on fundraising! They spend donation money trying to get more donations. So while ALS brags about raising $70 million since the inception of the Ice Bucket Challenge, the public should know only $17.5 million of that money will go towards finding a cure.