ISIS Threat, “We Will Infect The US With Ebola”. Here’s one terrorist threat you cannot ignore.

It seems that every week there is a new report about a threat ISIS has made against the United States. Here is the new one that has surfaced – ISIS is plotting to spread the bola virus across the United States.

That is the plot a jihadi hatched recently on an official ISIS forum. In a post titled “What would it take to bring  Ebola to the US and the NATO crusaders?” The writer, sounding like a scientifically challenged Dr. evil, offers a list of methods to transmit the deadly virus from Western Africa. 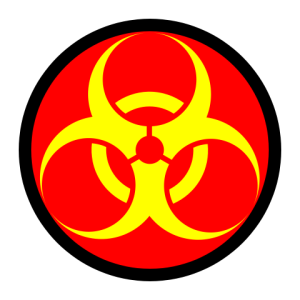 “Take a bottle of Pepsi in a bag with Ebola, and travel with it from Africa to the United States and pour the bottle into America’s water supply.”

They also plan to “infect ISIS soldiers with Ebola in Africa and have them travel to the United States to spread it across the country.”

Another suggestion is to “send Ebola in the mail like anthrax.”

The United States takes all threats on the ISIS forum seriously and are on alerts for any suspicious activity.

What do you think? Do you think any of these plots to infect the United States with Ebola are possible? What would it really take for them to successfully complete this attack? Sound off!