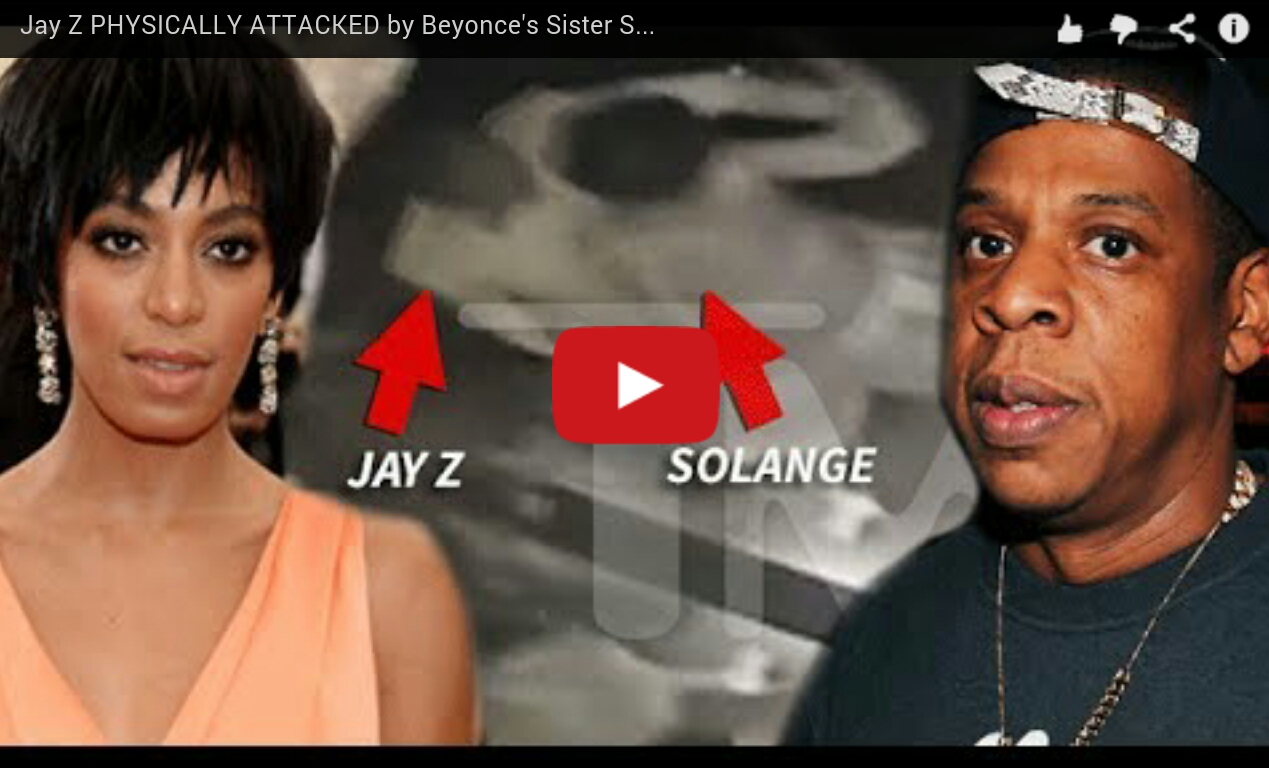 Jay Z Physically Attacked By Beyonce’s Sister Solange. In a surveillance video obtained by TMZ,  you can see Beyonce sister Solange viciously assaulting Jay Z in an elevator. She was wildly kicking him and punching him for some unknown reason.  According to reports it happened at a Met Gala after party last week at the Standard Hotel in New York City. The trio are seen stepping into the elevator, words were exchanged and you then see Solange going crazy, screaming at Jay Z punching him and kicking him. One of the bodyguards grabs her to restrain her while trying to push the buttons on the elevator to get everybody out. At one point you see her kick Jay Z and he grabs her foot to stop her. He did restrain himself, and you never see him trying to attack her back. It is still unknown what sparked Solange’s rage.