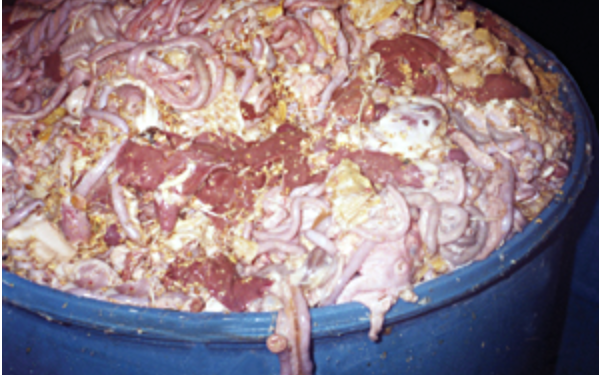 For many years the government has provided the nation’s schools with millions of pounds of beef and chicken that would not meet the quality or safety standards of many fast food restaurants.

The US Department of Agriculture says the meat it buys for the national school lunch program “meets or exceeds standards in commercial products.”

However, that is not the case. For instance, Jack-in-the-Box, Burger King and Costco are far more rigorous in checking for bacteria and dangerous pathogens.

They test the ground beef they buy 5 to 10 times more often than the USDA tests beef made for schools during a typical production name.

For chicken, the USDA has supplied schools with thousands of tons of meat old birds that might otherwise go to compost or pet food.

These chickens are called “spent hens” because they are past their egg laying prime. KFC won’t even buy these chickens! These chickens don’t pass the soup test either. The Campbell Soup Company says it stopped using them a decade ago based on “quality considerations.”

We are simply not giving our kids in schools the same level of quality and safety that you get when you go to many fast food restaurant. And that’s pretty scary. Why is it that the government feels like we need to throw the scraps to our children?

Don’t they understand that children are more vulnerable to food borne illnesses because of their immune system’s? There are also less assurances that school cafeteria workers will cook the meat well enough to kill any pathogens that might slip through the USDA’s less stringent safety checks.

Maybe it’s because the USDA purchased meat is donated to almost every school district in the country and served to 31 million students a day, where 62% of t
hem are eating on the free or reduced price meals program.

The bottom line is, our government is allowing the USDA to se 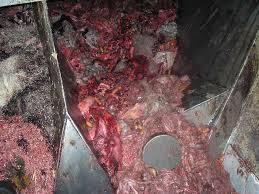 rve dog food to our children. And to some of those children, below the poverty level, this is the only meal they get during the day.

This country should be ashamed of themselves! But again, it always comes down to money. It’s always money over people in the eyes of the government.