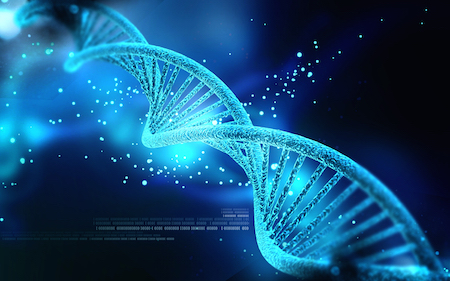 Prepare to have your mind blown. This is the fascinating case study of a man who failed a paternity test because part of his genome actually belongs to his unborn twin. This means that the genetic father of the child is actually the man in question’s brother, who never made it past a few cells in the womb. Yes, this sounds completely crazy – but before you write it off with disbelief, let’s go into some more detail.

It all starts off with a couple in the U.S. who were having trouble conceiving their second child. They decided to seek help and went to a fertility clinic, where eventually intrauterine insemination was performed. This involves washing and concentrating sperm before inserting it directly into the uterus of a woman around the time of ovulation to boost the chances of fertilization.

The assisted conception worked, and nine months later the happy couple welcomed a baby boy into the world. But then things started to take a turn for the weird. Testing revealed that the child’s blood type didn’t match up with his parents. “Both parents are A, but the child is AB,” Barry Starr from the Department of Genetics at Stanford University told IFLScience. “There are rare cases where that can happen, but their first thought was that the clinic had mixed up sperm samples.”

The couple therefore decided to take a standard paternity test, which to their dismay revealed that the man was not the child’s father. So they took another test, but the results with the same. At this point, mixing up samples didn’t seem too far-fetched, at the clinic had only dealt with one other intrauterine insemination at the same time as this couple, which involved an African-American man, and given the child’s appearance this didn’t match up.

This was when Starr was contracted by the couple’s lawyer, who suggested that they take a more powerful test: the over-the-counter 23andMe genetic service. This was because this particular test is good at looking at family relationships. The results that came back were pretty surprising, suggesting that the child’s father was actually his uncle, the man’s brother.

At this point, Starr’s team decided to delve a little deeper, with the idea that the man could possibly be a “human chimera,” i.e. and individual with different genomes. It’s actually not uncommon for multiple fertilization to happen in the womb even when only one child is born. What can sometimes happen is to independent early embryos, at this stage just clumps of cells, actually fused together and go on to develop normally as a single individual.

To test this theory, DNA samples were taken from both the cheek of the father, which was used for the original paternity tests, and also his sperm. Once again, the cheek cells did not match up with the child, but the sperm sample told a different story. Supporting the human chimera idea, what they found was a “major” genome, accounting for roughly 90% of the sperm cells, and a “minor” genome that only represented about 10%, Starr explained. The major genome matched up with the cheek cells, but the minor genome was consistent with the child’s DNA.

“So the father is the fusion of two people, both the child’s father and uncle. That’s wicked cool,” said Starr.