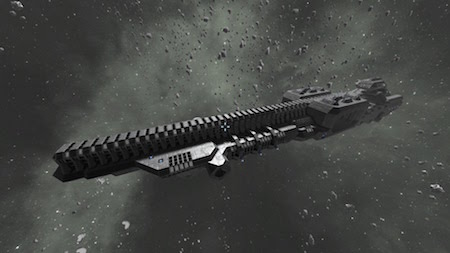 According to a hacker who is facing a 10 year legal battle after breaking into NASA computers, the United States has a fully operational fleet of space warships.

Gary McKinnon, firmly believes that he came across the ultimate information that proves the US has a secret space program operated by the Navy with fully operational warships that operate in space.

In a new interview on UFO channel RichPlanet TV, McKinnon finally reveals the entire truth about his findings saying, “I kept going for months and months. I kept thinking, ‘They’re going to close this door.'”

McKinnon said that he use a software called Landsearch which allowed him to search all files and folders of interest to him. “I scanned and looked for documents, I found an Excel spreadsheet which said, Non-Terrestrial Officers,” states McKinnon. “It had ranks and names. It had tabs for ‘material transfer’ between ships. I took that to be, they must have ships based in space – the names started with U.S.S.”

Gary McKinnon is accused of mounting the biggest hack ever in the history of the United States by breaking into the computers of the Army, Air Force, Navy and NASA. You can watch his interviews in the videos below. Do you think he’s legit? Share and comment!