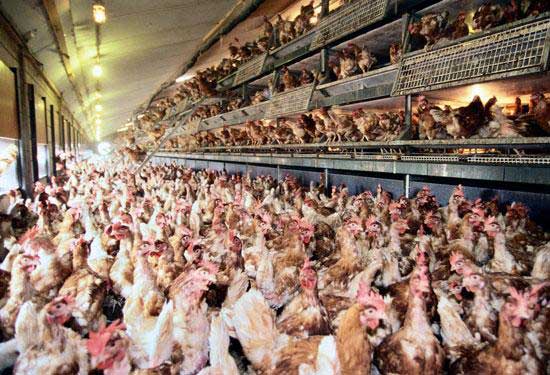 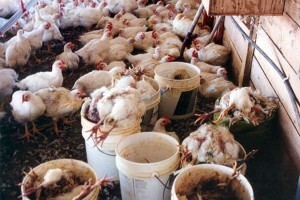 New USDA Rule Allows Levels Of Feces, Pus, Bacteria And Bleach In Your Poultry. The USDA is at it again. Playing Big Hero to the factory poultry industry, allowing them to cut corners and save them $250 million per year. But it’s bad news for consumers who will be subjected to all the toxic consequence. According to NaturalNews.com, the US Department of Agriculture (USDA) is currently in the process of trying to ram through passage of a new “modernization” rule for conventional poultry production that would eliminate a large percentage of USDA inspectors and speed up the factory production process. All existing safeguards would be eroded, allowing for more hidden feces, pus, bacteria and chemical contaminants to persist in conventional chicken and turkey meat. This new set of guidelines being proposed by the USDA will make things even worse by allowing companies to self inspect, as well as use an even more aggressive barrage of chemicals to treat their tainted meat before selling it to consumers. Again, the factory poultry industry will cut its costs by about $250 million a year. A big high five between the USDA and the poultry industry. 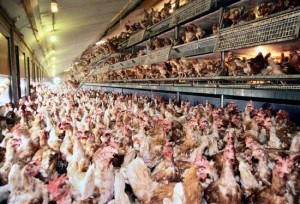 If you’ve ever seen one of those undercover videos that show how chickens, turkeys and other animals are treated in factory farms, then you already know these animals are living in poor, filthy conditions which leave these animals filled with harmful pathogens. This is why your meat must undergo chemical treatments before being served on your dinner table. According to documented reports, after the animals are slaughtered, they are sprayed, bathed and injected with all sorts of chemical solutions, including chlorine bleach, before being shipped off to your supermarkets. These chemicals are carefully designed to kill any bacteria so your meat is considered “safe” for human consumption. According to the Washington Post, the USDA intends to throw more chemicals, and less regulation at the poultry industry dilemma. But like all other chemical-based solutions that complement industrial food production, this process is ultimately failing to subdue and kill pathogens the same way that it used to back in the old days. New scientific research recently submitted to the USDA reveals that the routine process by which the factory food industry covers its frightful tracks are no match to a whole new generation of “superbugs” that resist these chemicals. The USDA’s proposed solution only further adds to the problem by covering it up with even more chemicals.

“If the new rule is implemented, all chicken will be presumed to be contaminated with feces, pus, scabs and bile and washed in chlorine solution,” explains ChickenJustice.org. “Consumers will eat chicken with more chemical residue and contaminants. With faster production rates, workers injuries will increase. They will also face breathing and skin problems from consistent exposure to chlorine wash. OSHA will take the next 3 years to study the impact of the faster processing lines on workers, but USDA wants to implement the rule immediately.”