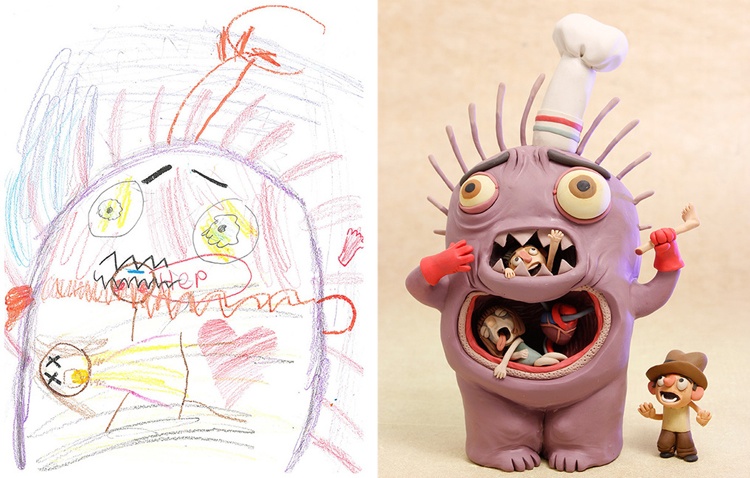 Artist and designer Katie Johnson has a thing for monsters. But not those morbid, nasty monsters – the kid friendly kind.

She’s always loved the wide open creative process of dreaming up a new monster and putting it on paper. “It’s a fun creative dump,” she said. “You can make a monster out of anything. So when I was younger, that was my go to when I felt like drawing.”

Little did she know, monsters would come to dominate her free time as a young adult too. After college, Johnson started working as a designer with an advertising firm in Austin, Texas. But as a creative at heart, she also wanted to pursue her own projects.

An idea came to her after seeing a photo series called “Wonderland” by artist Yeondoo Jung, who re-created children’s drawings as staged, dreamlike photographs.

Johnson combined her love of monsters with Jung’s idea of building on children’s creativity to launch The Monster Project.

Through The Monster Project, Johnson invites elementary students to draw their own monsters. Then professional artists bring their monsters to life. You can see the examples below – they are truly mine blowing creative pieces of art started by children! 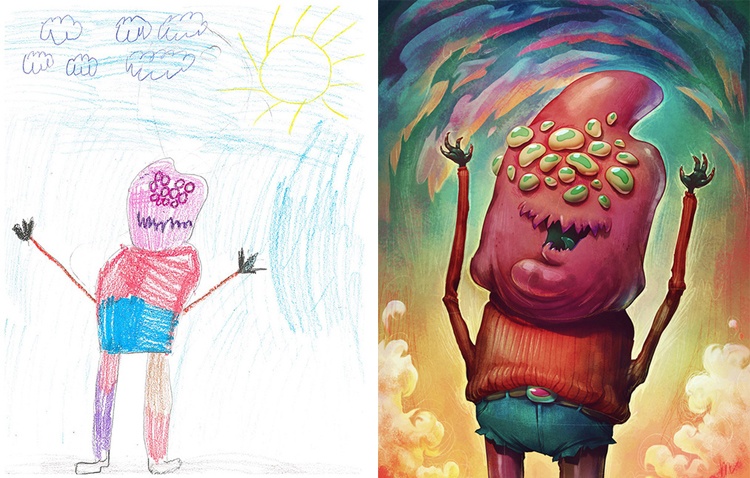 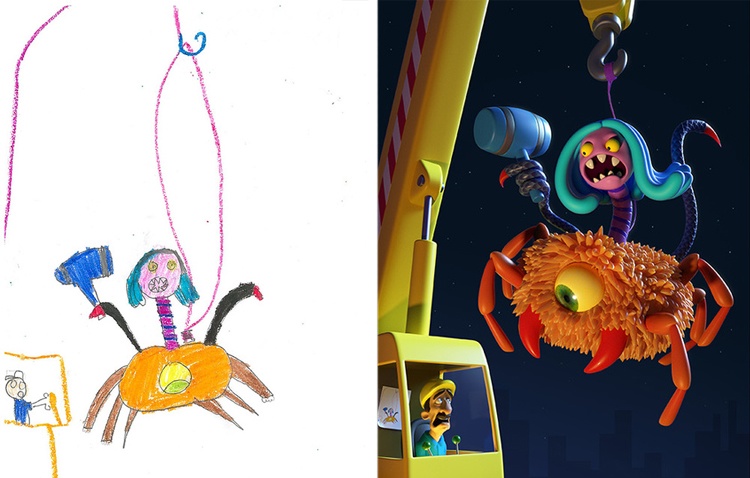 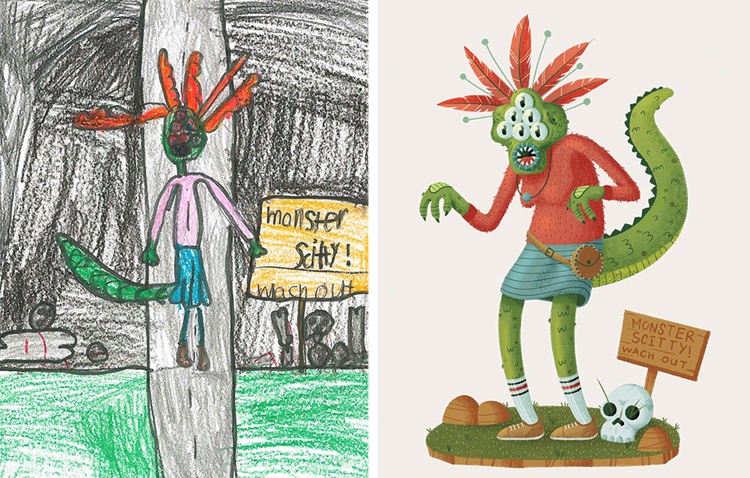 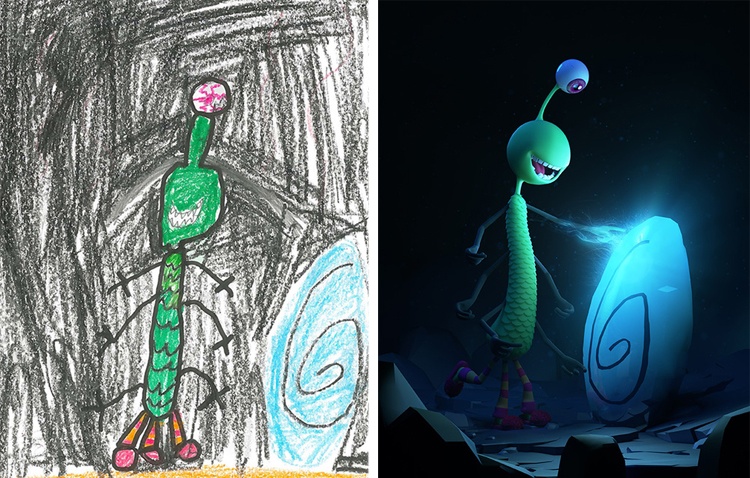 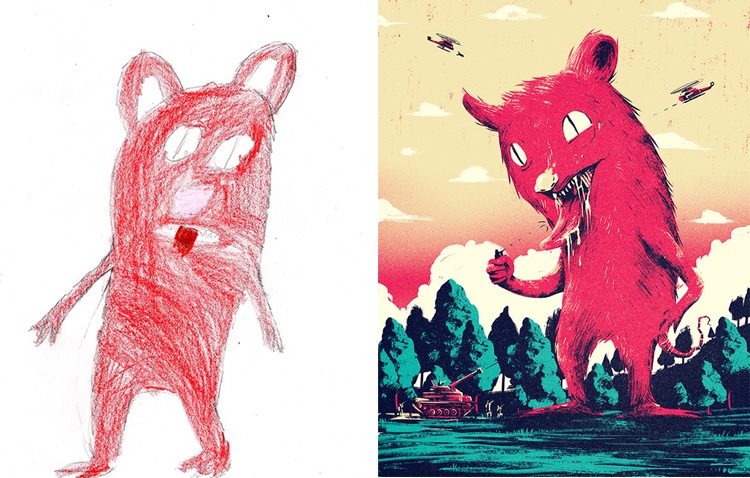 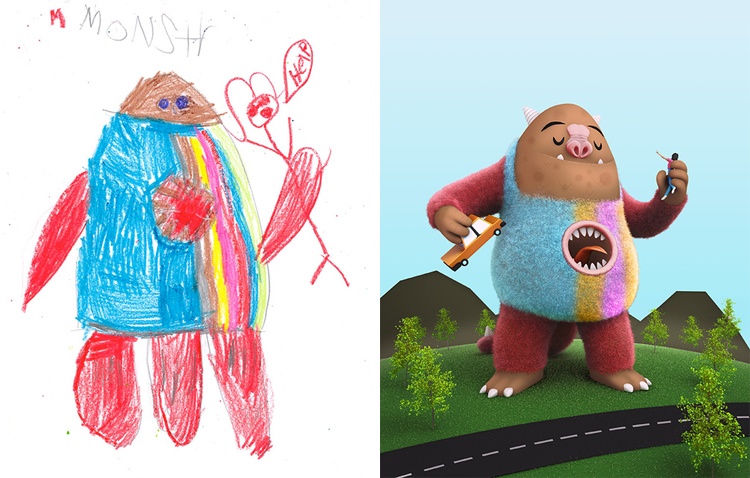 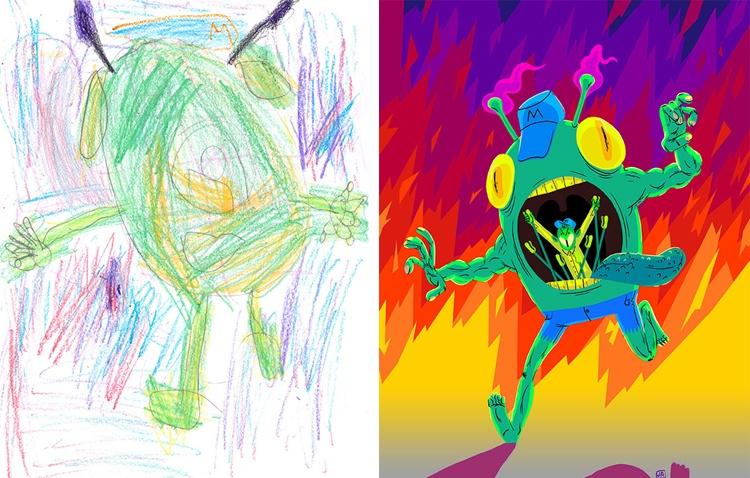 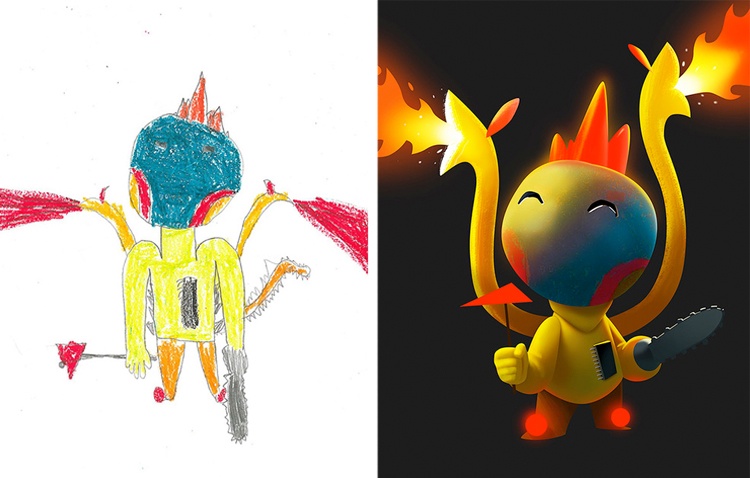 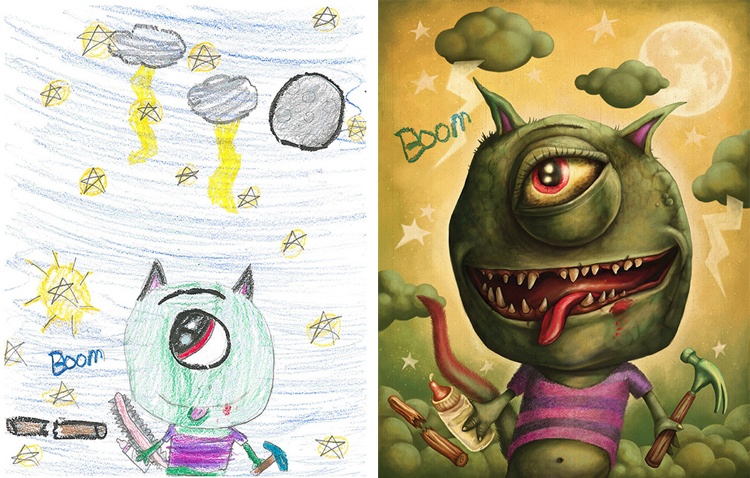 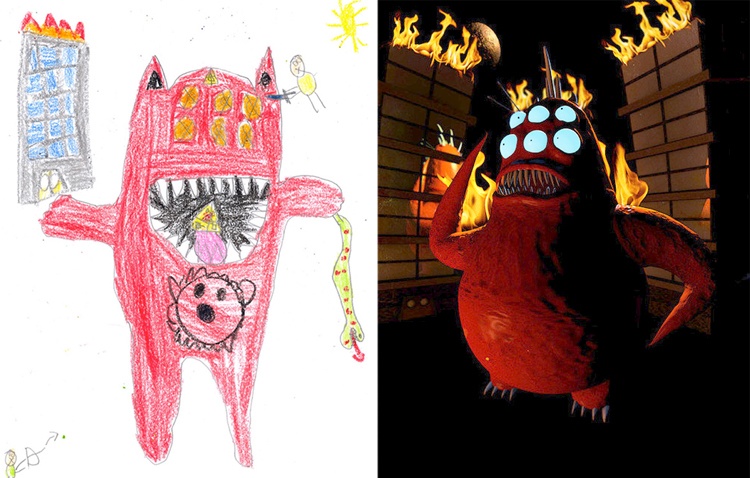 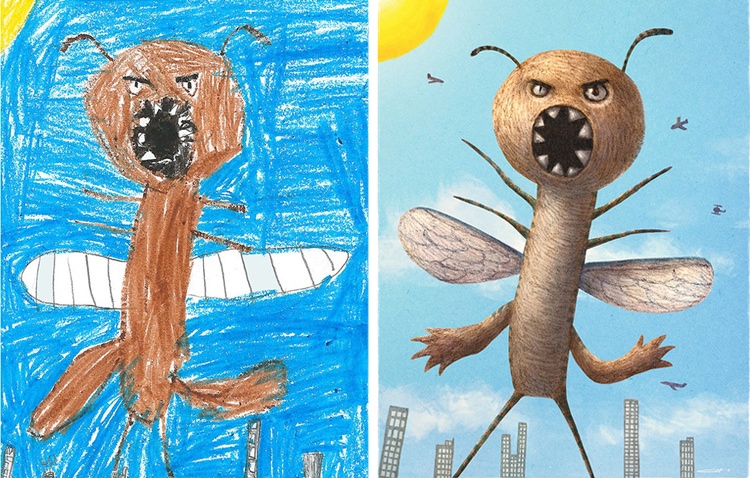 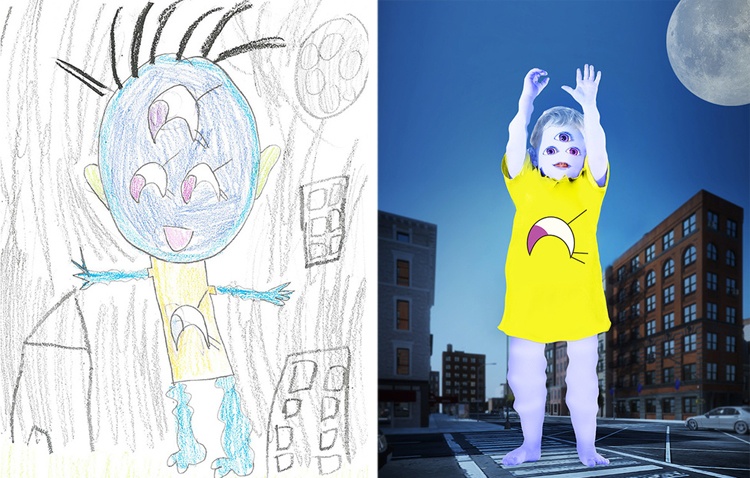 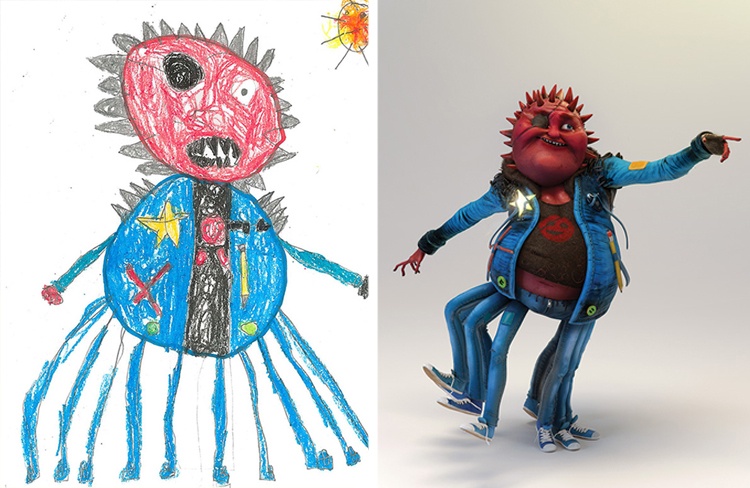 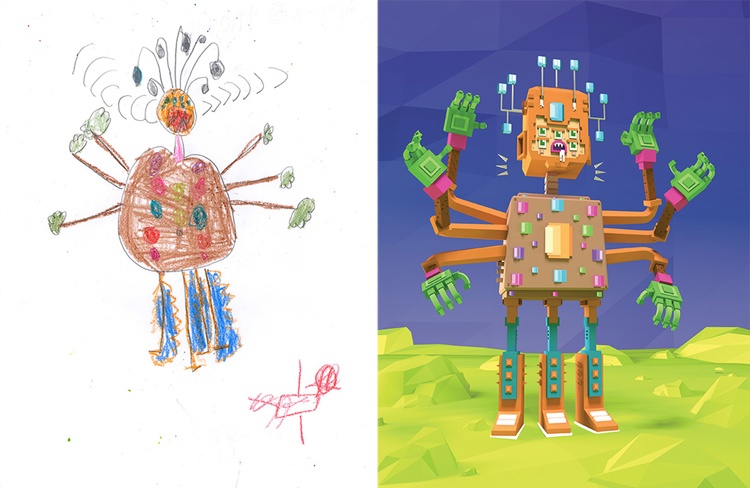