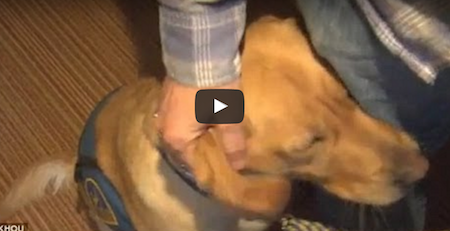 They war veteran says he was harassed and humiliated by an employee of a Houston Starbucks who refused to allow him into the store because of his service dog.

The man was eventually found to be a victim of discrimination as a Starbucks worker attempted to force him to prove his disability.

Starbucks should be ashamed of themselves! And the employee should be fired immediately!

If you are a veteran we’d like to say thank you for your service.