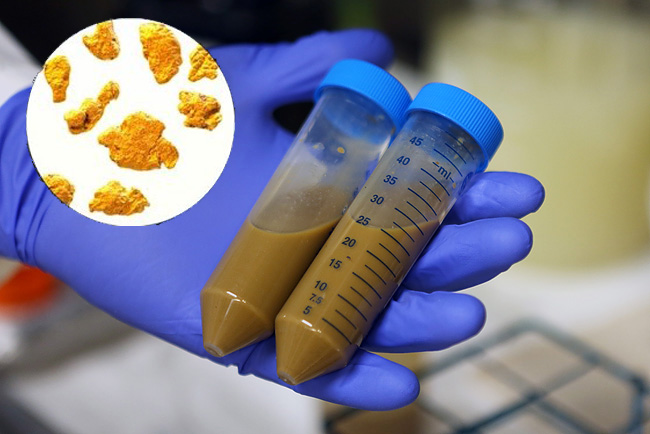 Scientists Discover That Gold And Silver Can Be Extracted From Human Waste.

It looks like the “Cash for Gold” trend may be booming in the near future.

A recent study reveals that waste from 1 million Americans may contain metals such as gold, silver, lead, titanium and zinc which could be worth up to $13 million.

With a population of more than 320 million in the US, this could be a gold mine!

The presence of gold nuggets and other metals was discovered after researchers examined human feces through the use of an electron scanner at American sewage plants.

Apart from gold, they also found traces of rare earth metals such as vanadium and palladium which are normally used in laptop and mobile phone technology.

“The gold we found was at the level of a minimal mineral deposit,” said lead scientist Dr. Kathleen Smith from the US Geological Survey. “We are interested in collecting valuable metals that could be sold, including some of the more technologically important metals, such as vanadium and copper, that are in cell phones, computers and alloys.”

Since the release of this information, health officials are very worried about the spread of fecal contamination amongst citizens of the world.

There have already been reports of people rummaging through their feces and fast food restrooms and park bathrooms.

The concern for appropriate hygiene is at its highest level –  As people rummage through their waste, searching for that “Golden Nugget.”

Health officials want you to be aware that the highest chance of fecal contamination would be on bathroom stalls, bathroom doors and sink faucets.

They urge you to take extra precautions when touching these potentially hazardous items.