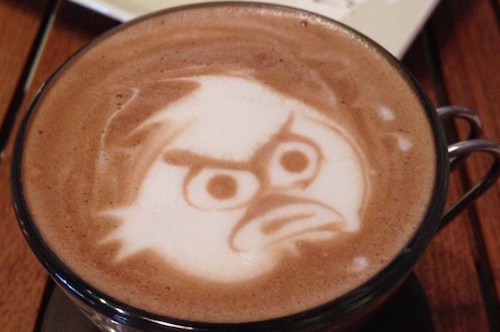 How do you drink your coffee? According to a new study, people who like it strong and black are more likely to have psychopathic tendencies.

Looking at the taste preferences of 500 people, it was found that those who enjoyed bitter flavors over sweet flavors were more likely to exhibit signs of “Machiavellianism, a psychopathy, narcissism, and every day sadism.”

The study, which was published in the journal Appetite, was conducted at the University of Innsbruck, Austria, by psychologists Christina Sagioglou and Tobias Greitemeyer.

For the study, participants had to rate on a six-point scale how much they enjoy food and drinks that are either sweet, sour, salty or bitter. These results were then compared to those obtained from four different types of personality tests that looked at specific traits. One of the personality tests looked at their propensity for aggravation, asking them to rate how much they agree with statements like “given enough provocation, I may hit another person.” Another looked at how manipulative they are and a third test looked generally at the ‘Big 5’ personality traits.

Finally, they looked at how much of a buzz the participants get out of other people’s pain by asking them to rate statements such as “I enjoy tormenting people” and “I sometimes replay my favorite scenes from gory slasher films.” They found that a significant correlation between those displaying more antisocial personality traits and those with a penchant for strong bitter tastes, particularly flavors like coffee, beer, tonic water and radishes.

How you have your coffee, therefore, is a fairly accurate reflection of how much you enjoy bitter flavors. According to the study, if you enjoyed milky or sugary coffee, you are really a fan of bitterness and you are more likely to show “agreeable” tendencies such as kindness, sympathy and cooperativeness.

The study of personality traits in relation to one’s taste preference is not a new area of research for psychology. It has been found in previous studies that having a dislike for bitter flavors is linked to increased emotional sensitivity in humans and rats. Other studies have found that people who enjoy spicy foods and caffeinated drinks are more likely to be “sensation seeking.”

It is important to note that our taste preferences are hugely influenced by our culture and past experiences. The researchers of the study also found that there was a lot of subjective opinion on what foods the participants defined as bitter. Furthermore, the study didn’t come to any clear conclusion as to what caused the correlation between “psychopathic tendencies” and enjoying bitter flavors.

So before you start wincing at people in Starbucks, remember that the results do not mean that if you prefer your coffee black you are probably a psychopath. It just means it’s more likely.