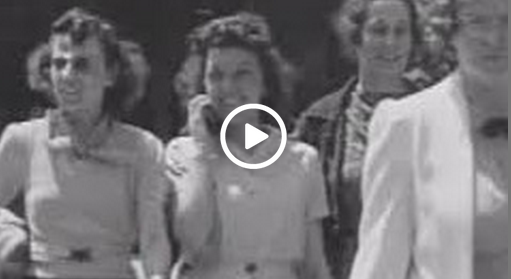 Time Traveler Caught On Film in 1938 On Cell Phone.

In this film that was produced in 1938, shows a female walking out of a DuPont Factory in Massachusetts holding a cell phone.

Walking around the corner, she appears to be speaking to somebody on a device and when she is finished she closes it, much like a flip phone.

The film was created by Leominster films in 1938.

What do you think? Are you a believer or a skeptic.