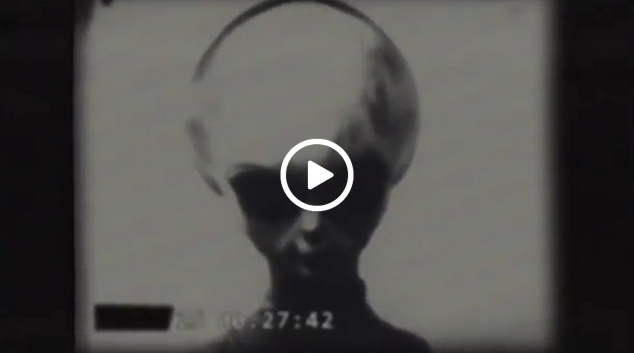 By the looks of this video it was definitely filmed quite a few years ago.

It looks as if it’s been played on a projector screen while someone records it with a handheld camera placed very close to the projector.

You can hear the sound of the projector itself as it reels off the videotape. The video claims to be genuine footage of an alien species called the Zeta Reticuli, commonly known as ‘Grey Aliens’.

There are reportedly 7 videotapes with material recorded between 1942 and 1969.