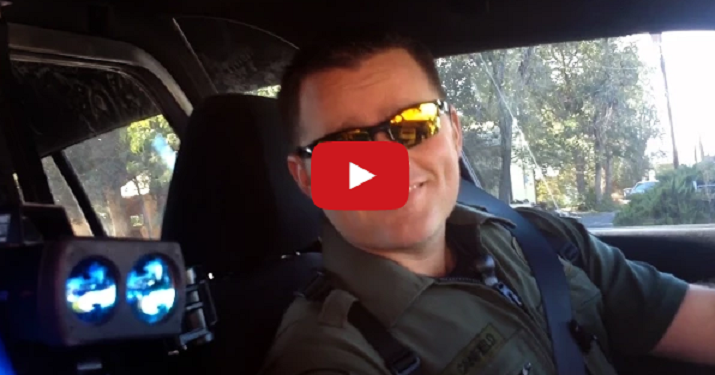 Gavin Seim, a former Republican Congressional candidate, posted a video of himself threatening an officer with arrest for violating Washington State law.

He is drawing attention to the unlawful traffic stops made by people impersonating police officers. Seim and the state of Washington, believe that police cars should be marked to prevent such impersonation.

Seims required the officer to show him his identification. “That is my ID right here,” the officer said, pointing to his police badge on his uniform.

“That’s not ID sir,” countered Seim. “If I showed you a badge if you stopped me, would you take that as ID? Come on, let’s be reasonable. Anybody can have a patch, sir.”

Check out the video below and SHARE with your friends!