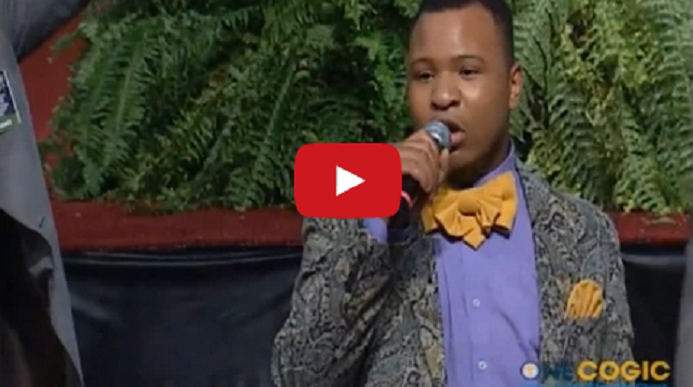 [VIDEO] Man Church Confession ‘I Don’t Like Mens No More – I’m Not Gay No More!’

Ok, so this formerly gay man believes he has been delivered from his sins of gayness. He is so proud of this, that he decided to announce it to the church, as the dramatic sound of the church organ rings in the background.

“I’m not gay no more. I am delivered!! I don’t like mens no more. I said I like women! WOMEN, WOMEN ,WOMEN WOMEN!!!! Bluboo booo bloooo hooo! I said women, I’m not gay! I would NOT date a man. I would NOT carry a purse. I would NOT put on make-up. I WILL love a womens.”

It sounds to me like he is trying to convince himself of this more than he is the church.

Sorry, but being gay isn’t a curable disease. It is who a person is. If you are gay, then you are gay. If people don’t want to except that, then move on.

Check out the video below. You will at least get a good laugh out of it!