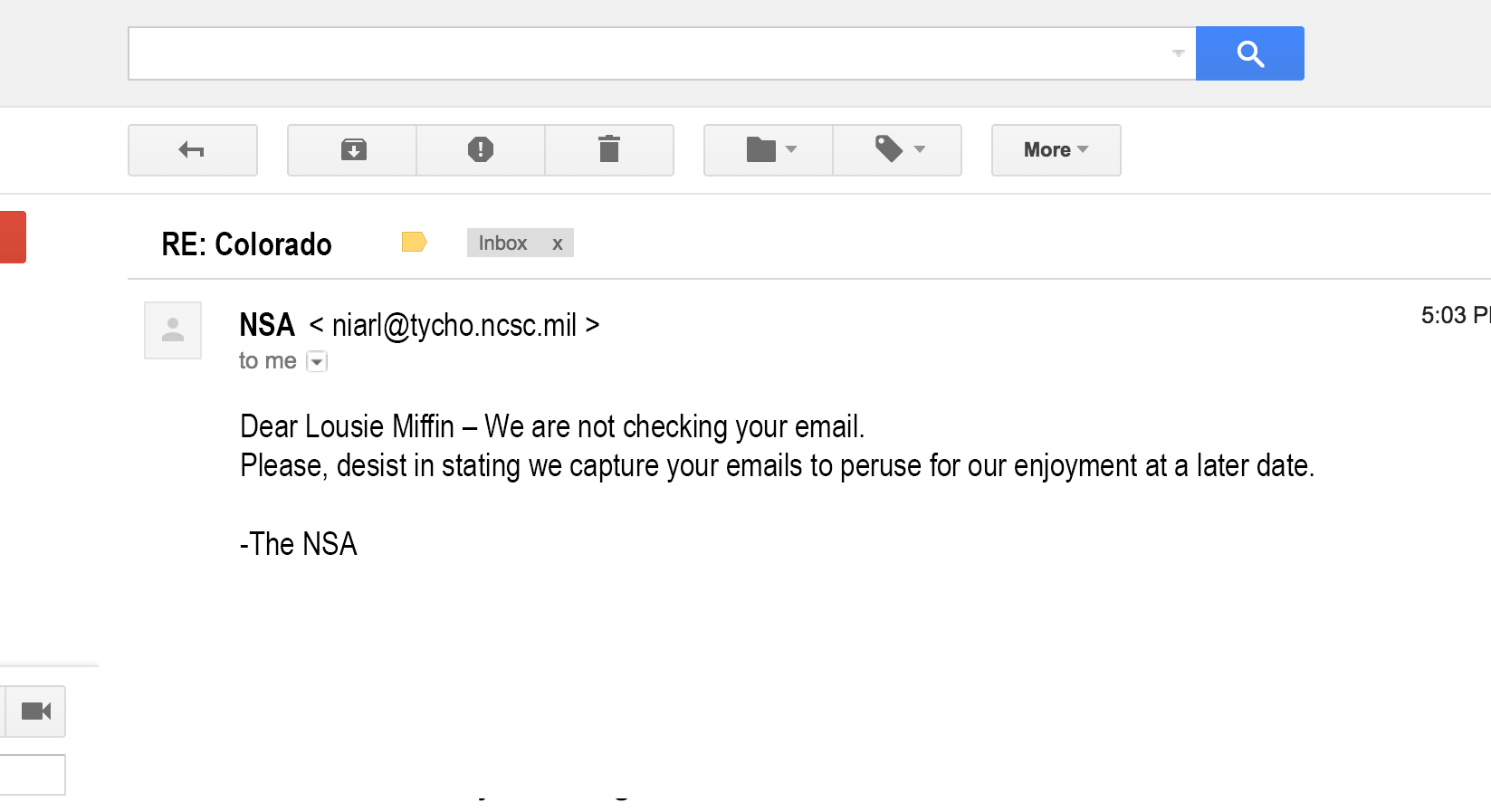 Woman Receives Email Reply From NSA – “We Are Not Monitoring Your Email.”

Amongst the topics of quasi-celebrity sightings, stained glass purchases, and references to how the “mountains are so beautiful”, the pair joked about marijuana and it’s recent legalization in the state.

“It would be totally awesome if Brad got transferred there.  Puff, puff.  [winky-face]” wrote Mrs. Louise. Then, instead of her typical “Kisses!” sign off, Louise ended her email with “I sure hope the NSA is not reading these emails. [surprised face]”

The following day when she checked her Droid, Mrs. Miffin was surprised to find the following email:

Dear Lousie Miffin – We are not checking your email.  Please, desist in stating we capture your emails to peruse for our enjoyment at a later date.  Signed, The NSA.

Reports of NSA “spy” activities first shocked Americans after classified documents were released by whistleblower Edward Snowden.  The most notable of “spy” activities revealed was PRISM, a mass electronic surveillance data-mining program developed with the United Kingdom.  A controversial program, PRISM captures and stores communications and information sent in electronic forms including emails, videos, voice chats, and others.

While the government, including the President, campaign to calm the fears of American citizens, many still hold concerns over privacy rights.  Louise Miffin has her own concerns.

“I think about all the personal things I’ve discussed with my friends: the rash I had last year, accidentally leaving a box of Kleenex in the cart and not paying for them, my recent doubts about my marriage to Brad, and feelings for Jerry, our realtor…wait, are you recording this conversation.  Excuse me.  I gotta go.”

According to Pew Global surveys release in July of 2014, 61% of Americans feel it is unacceptable for the Government to monitor communications of American citizens.  Those same studies showed 52% of Government leaders surveyed found the approach acceptable.