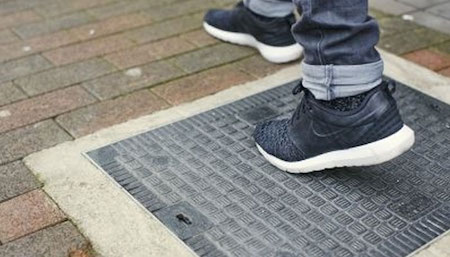 Not having Wi-Fi is probably the most frustrating “first world problem” of them all. However, thanks to some amazing technology, that might soon be a worry of the past.

The streets of Chesham’s town center in Buckinghamshire, England, will now feature Smart Wi-Fi pavements. The pilot scheme, developed by Virgin Media, will allow visitors, businesses and local residents to surf the Internet on the streets at speeds of up to 166 Mb per second.

This speed is seven times the average of UK broadband speed and can download a 634 MB file, such as a 45 minute episode on a video streaming site, in 35 seconds.

The Wi-Fi will, literally, be beneath your feet. Submerged access points in the street will use a mixture of fiber optic cabling and superior DOCSIS 3 cable technology to create and ultrafast Wi-Fi signal that will be able to reach distances of up to 80 m (262 feet). the Wi-Fi covers most of the town center and parts of the nearby Lowndes Park.

In a statement, the town’s MP Cheryl Gillan said, “The Internet is at the heart of modern life and it is brilliant to have such a cutting edge network in Chesham and to be right at the vanguard of connectivity in the UK. It will keep the community connected, help Chesham people save some money on their mobile bill and could be a key piece of the jigsaw in connected cities moving forward.”

The pilot scheme is part of the future initiative from Virgin Media to cater to the 10,000% increase in data usage expected by 2025.